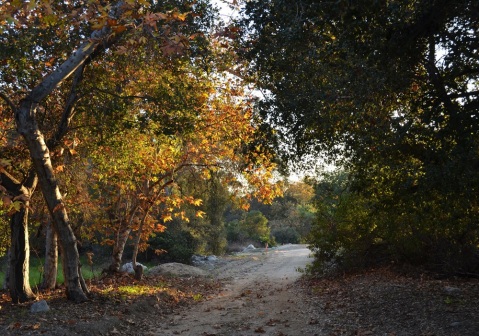 Oaks and sycamores line the access road adjacent to the Arcadia Woodlands.